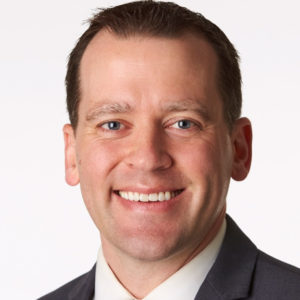 As Vice President of Fraud and Risk Product Management, Andy Shank evaluates Harland Clarke processes and products for security vulnerabilities and fraud risks. Andy brings more than 18 years of experience assessing risk and investigating fraud, at the local, state and federal level and across multiple sectors.

Andy previously worked as a detective with the Indiana State Police assigned to the FBI to investigate federal violations of white-collar crime statutes and public corruption. In addition, he was assistant vice president of fraud and compliance at Elements Financial FCU, responsible for protecting members from fraudulent banking activities. Andy has received commendations and awards from the FBI and the United States Attorney’s Office in Indianapolis, IN.

Andy is a graduate of American University and the Indiana University Robert H. McKinney School of Law. He serves on the board of directors of Crime Stoppers of Central Indiana and was appointed to the Indianapolis Metropolitan Police Department Citizens’ Police Complaint Board. He has been featured on CNBC’s American Greed for his investigation of a high-profile federal criminal fraud case. An avid cook, Andy lives in Indianapolis with his wife, two boys and three Siamese cats. They are expecting a third child in July 2019.