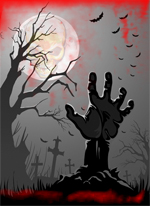 Last week we went over the different types of monsters that may be lying low in your lists. Specifically, we’re talking about Spam Traps and unknown addresses. At this point we should already understand the difference between the two and the threat they pose.

In part two of this article, I’m going to cover how to eliminate those monsters from your database and keep them out. Oh, and sorry to disappoint, but this method will not consist of Bill Murray and a proton pack.

Once again, if you’re following best practices for growing your audience, then you shouldn’t be at risk of adding any new traps to your list. Typically an existing trap only makes its way into your database if you’re gathering addresses in a way which you shouldn’t be. If you are purchasing lists or using affiliate lists then you can help yourself avoid these nightmares by simply not using them.

For the senders who are using proper opt-in methods, there’s still the issue of recipients going inactive and becoming dead weight or worse. Allow me to elaborate with a story…stay awhile and listen.

Old Winthorpe Wolski may have been a great customer three years ago—he engaged with about a third of your emails and purchased regularly, a real stand-up guy. Unfortunately, our dear Winthorpe was unable to fend off a hoard of hungry zombies a couple of years back. The walking dead don’t check their emails, but Winthorpe’s email address has stayed in the system for this entire time even though his email account was closed. The bounces that his ISP was sending back were not indicative of a hard bounce and soon his old email address, bigdaddywinny@HisISP.com, was turned into a Spam Trap. That “walker” of an email address is now lying low, waiting to be mailed to.

The scenario with Winthorpe is common and that’s why it’s important that we find a way to spot these inactive addresses and remove them. They simply aren’t worth the chance. The first thing you should have in place is a process that finds inactive recipients — my personal preference is to base this on the frequency at which you contact your subscribers. As an example, you want to make sure your ESP has a way for you to see the activity of all records over the past year. Look at these reports and find anyone who has been sent X amount of messages and has never opened or clicked. Now delete them, they’re dead weight. If you only send these people emails four times a year, then you may need to go back a little further, or better yet, set up a reactivation campaign to all of these inactive people. Let this group know that you haven’t heard from them and ask if they’re still interested in hearing from you.

So you did your first list cleaning as instructed above, great! Over the next few months you’ll likely notice higher click-through rates, more opens, and lower unsubscribe rates. Just make sure you don’t forget about ole Winthorpe. Making the first move of cleaning your list is great, but to make it really work, you need to do this yearly. ISPs aren’t going to stop recycling addresses into traps any time soon. To make sure you’re keeping the monsters out of your lists – keep them clean!